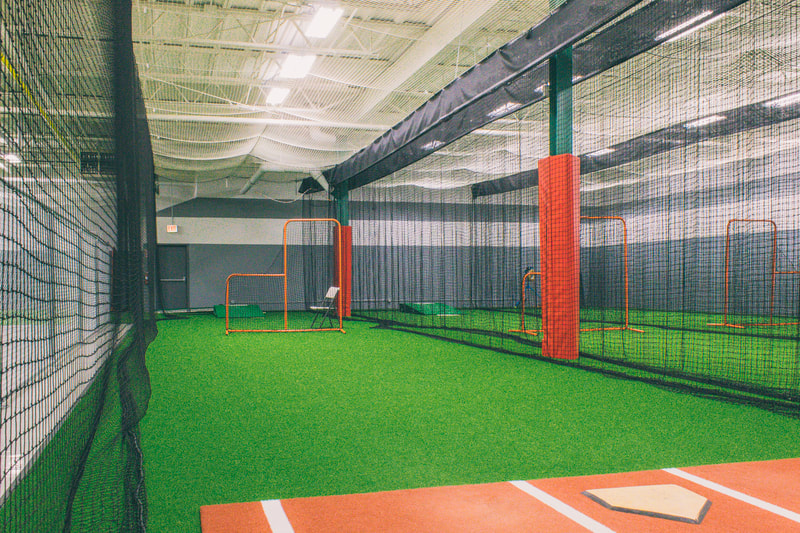 In 2014, On Deck Sports helped Paul Savoie design and install Chicago’s premiere indoor sports facility, Bradley Sports Center (BSC).  5 years later, Paul Savoie and Sean Delanty found an opportunity to expand the facility and partnered with On Deck Sports once again. “The first build-out was great so we knew who to turn to.  The new build-out was spectacular and the quality of On Deck Sports products is second to none.”

The project at BSC from beginning to end finished in about 4 months, on schedule for their opening day. The process began with an On Deck Sports 3D design layout of the facility from which Delanty was able to gain perspective and optimize the layout.  With interest from lacrosse, soccer and cricket clients, Delanty knew his layout needed to work for many different sports in addition to baseball.

On Deck Sports strongly emphasizes safety with every project and worked with BSC to ensure safety from rebounding baseballs.  With 4 structural beams in the middle of their hitting area, BSC took On Deck’s advice and purchased custom-sized column padding for each column.  To protect the ceiling/lighting, Delanty chose a 36-gauge shell net that covers the ceiling and the walls.  BSC chose to upgrade to 42-gauge netting for the divider nets for added strength between the hitting cages.

EXTEND THE LIFETIME of YOUR PRODUCTS

Inside the cages, Delanty chose to use batting mats to protect the most highly-trafficked turf areas of each cage.  They also bought vinyl backdrops to further protect the netting behind each batter.  “The backdrops serve their purpose excellently. They help with ball deflection, protect the netting, and even provides a target for pitchers to throw to.”

Delanty looked at many different turf types and choose a turf type that would be usable for more than just baseball.  He chose GT34 padded turf, one of the more popular options from On Deck Sports.  “The turf is the first thing people see so I liked the presentation of GT34 along with the affordable cost, durability, and softness.”

Bradley Sports Center is doing very well, with many satisfied customers, including the Chicago Cubs, Delanty noted. “This facility is at the highest level possible and we love it.”

Located in Chicago, BSC is out of immediate expansion room, but does hope to build another location in the near future. 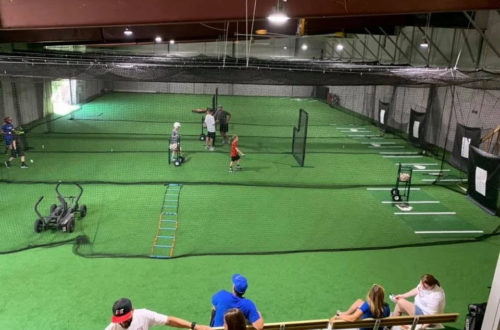 How Much Does A Batting Cage Cost? 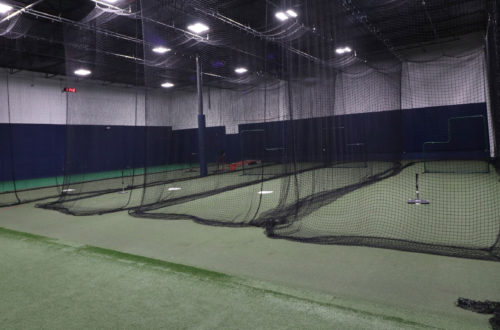