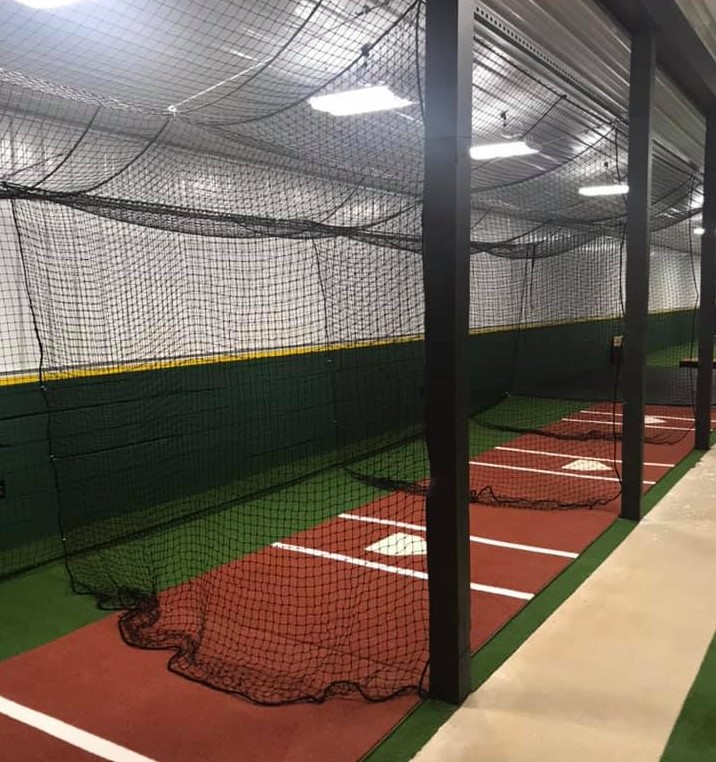 As Ben Ferguson’s four children started getting involved in sports, he noticed a lack of indoor space in his Ashland, Ohio community. His kids were going to practices at makeshift facilities in odd locations with minimal safety precautions. As a result, he decided to open an indoor facility for baseball, softball, and soccer athletes to safely train year-round.

Needing a company that he could trust, Ferguson’s research ultimately led him to On Deck Sports, and Facility Coordinator, Ryan Kane. “Once I had my introductory conversation with Ryan, I was set on going with On Deck Sports. He walked me through the entire process with great customer service and gave me confidence that he would help me throughout the process.”

The Home Turf Training Center is a very versatile facility. Its features include:

The shell net outlines the perimeter of the 10,000 sq.ft. turf field which provides flexibility to change layouts for both soccer and baseball/softball. Ferguson states, “Because we have a mix of soccer, baseball, and softball, the shell net has been invaluable for safety and being able to have multiple sports practicing at once.”

In choosing his field surface, Ferguson outfitted the facility with ODS GT34 padded turf, based on recommendations from Kane. “I am glad I listened to them because this turf definitely gives the ball an authentic bounce for fielding drills.” In addition, he went with black rubber flooring from ODS for the surface in the strength and conditioning area.

Ferguson also followed Kane’s recommendation of 36-gauge netting, the most common for baseball/softball, and more than capable for soccer use. He also added door panels to his cage netting for extra safety and convenience.

But the project didn’t end there; Ferguson still needed equipment to successfully complete the facility. Fortunately, he chose to work with the one-stop-shop and got all his products from On Deck Sports including batting mats, portable mounds, protective screens, The Designated Hitter, and pitching machines.

Ferguson was more than pleased with the effort and timing of the install, stating, “The install team came in and worked around the clock to get the facility done. Without the help of On Deck Sports, I would not have opened on time.”

Ferguson reports the feedback on the facility has been outstanding, and Home Turf Training Center is a “blessing to the area” of Ashland, Ohio. 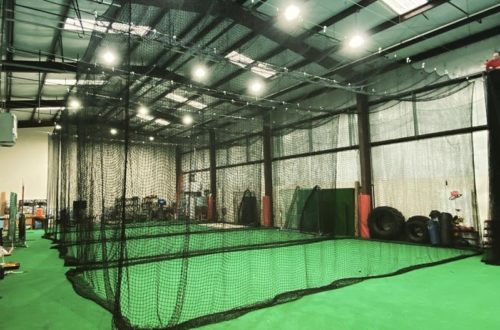 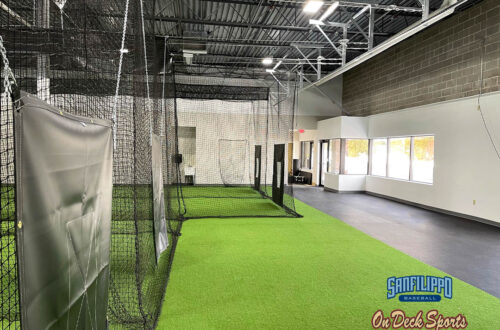 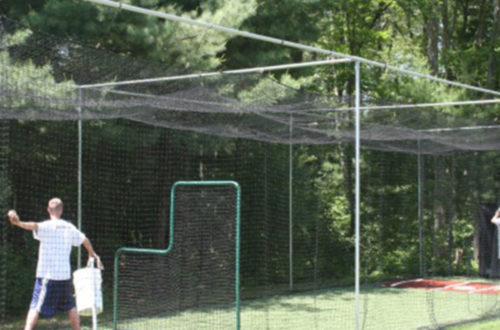