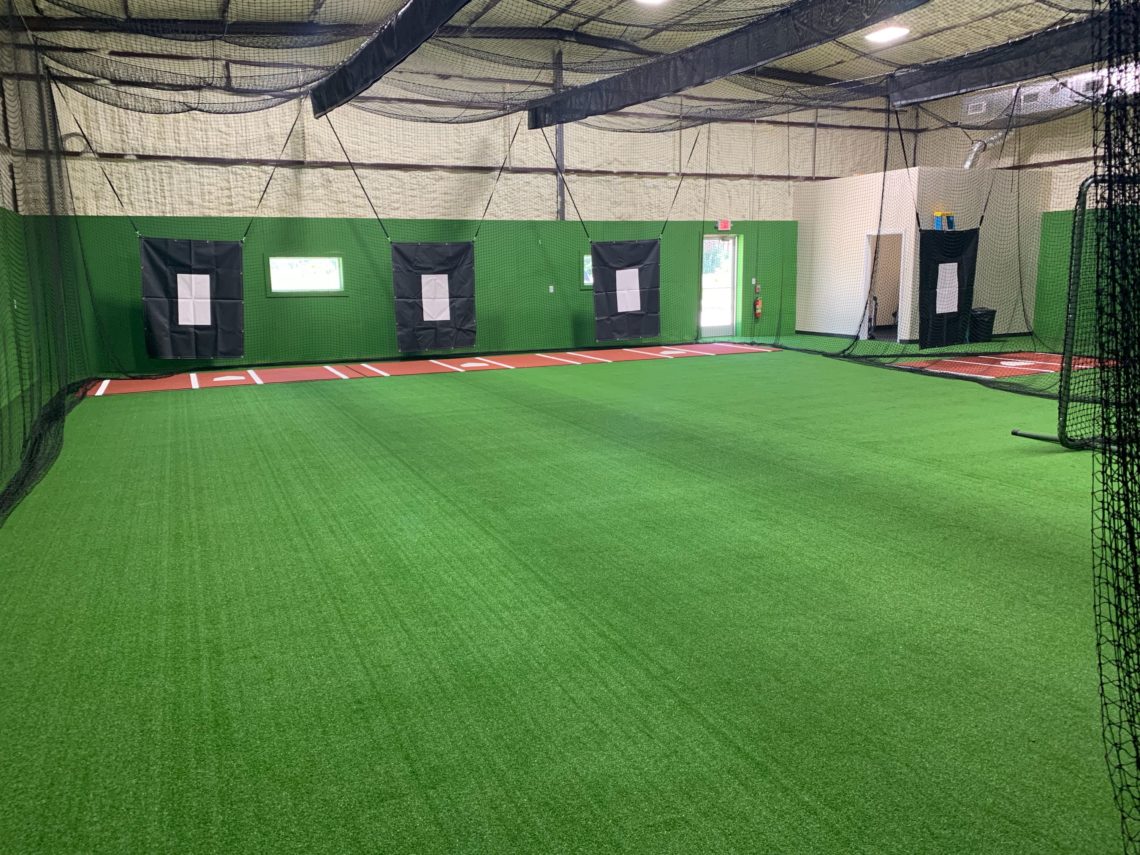 After 20 years of coaching, Mike Stewart decided to pursue his real dream of owning and operating an indoor baseball facilityin Beaumont, Texas.

Throughout the years, Stewart had built a trust in On Deck Sports, and he teamed up with facility specialist Mike Kalell to get the job done. “My research and past experiences proved On Deck Sports is the most credible and affordable company with great products and even better customer service.”

Furthermore, Stewarts states, “I had an idea in mind for what I wanted my facility to look like, but Mike presented me with two layout options that gave me a new and better perspective. He also made himself available for me and was always incredibly quick with his responses.”

Stewart originally planned to squeeze 4 batting cages vertically into his facility, with the two end cages at a shorter length.  This limited the potential utilization of the space. Kalell was able to maximize Stewart’s space by turning the cages horizontally, giving him 4 cages with only one cage at a shorter length.

Stewart chose #36-gauge netting, the most common choice for baseball/softball use. “The netting is durable and lightweight, so it doesn’t put pressure on the cables, and it is secure, so balls do not escape underneath”

As for turf, Stewart knew he did not want rubber infill and he wanted it to last.  He chose GT34 padded turf. “It is authentic, thick turf that looks great and feels comfortable.  I had a whole team practice in the facility a few days ago and when they left, it was like they were never there.”

After receiving the materials with great timing, Stewart and his friend installed the facility themselves. “It was a challenge but definitely do-able. I had a little difficulty with the netting installation, but Mike Kalell answered every single one with a simple phone call. Google did not help at all. You really need expert advice on something like this and that’s exactly what I got from Mike.”

Rounding Out the Cages

To complete the facility, Stewart purchased equipment from On Deck Sports including a Hack Attack pitching machine, a 2-piece portable pitching mound, PVTees, and protective screens. Stewart calls the Hack Attack “the Cadillac of pitching machines” and his decision to choose the PVTee was simple, stating “most tees break easily. This one doesn’t.” 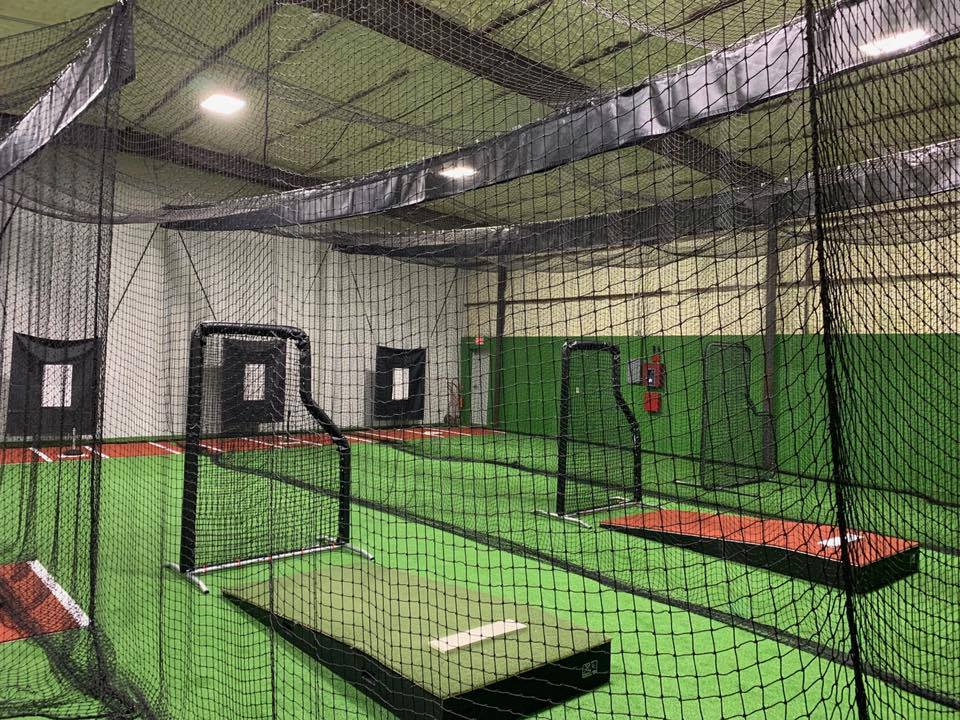 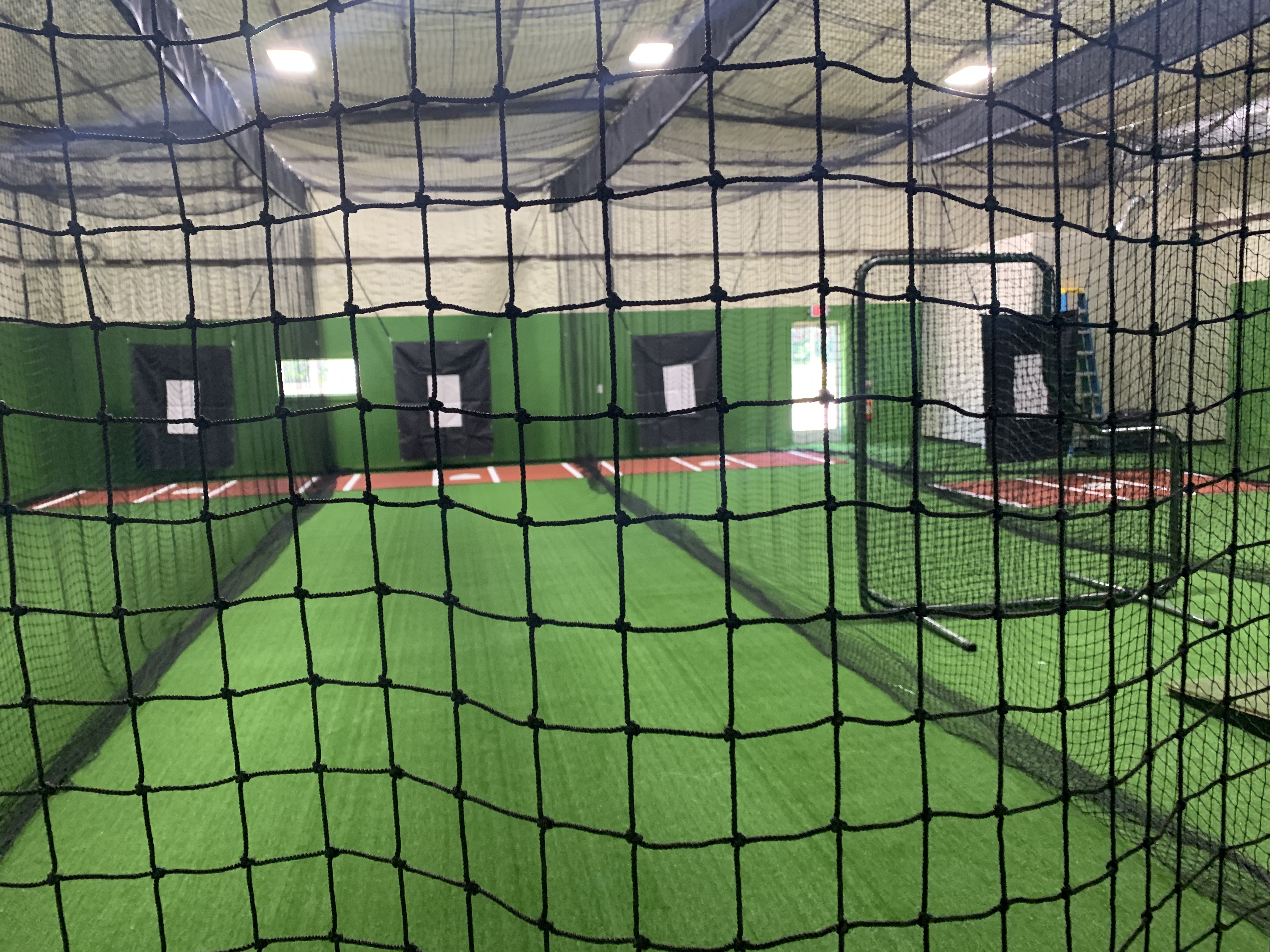 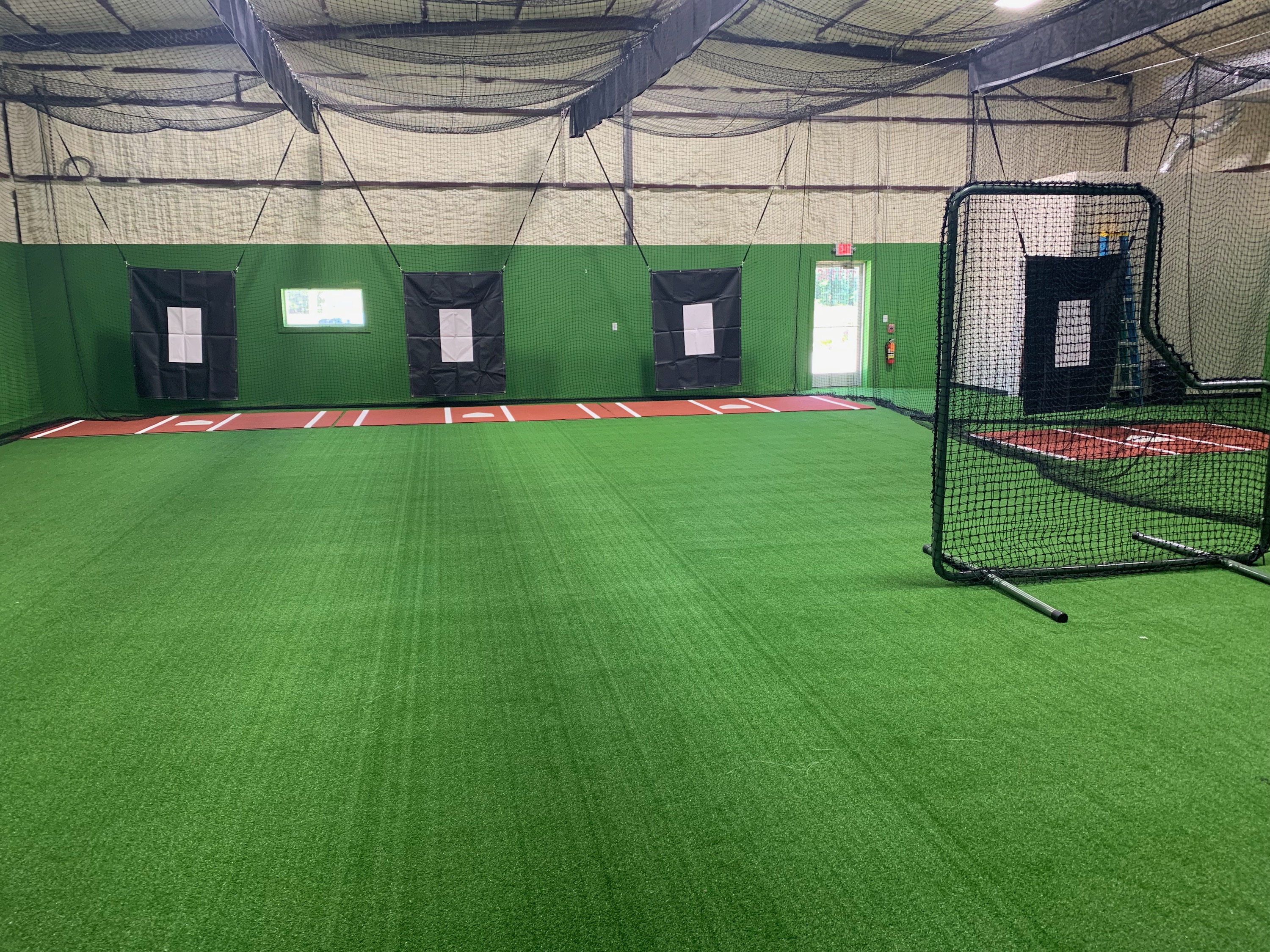 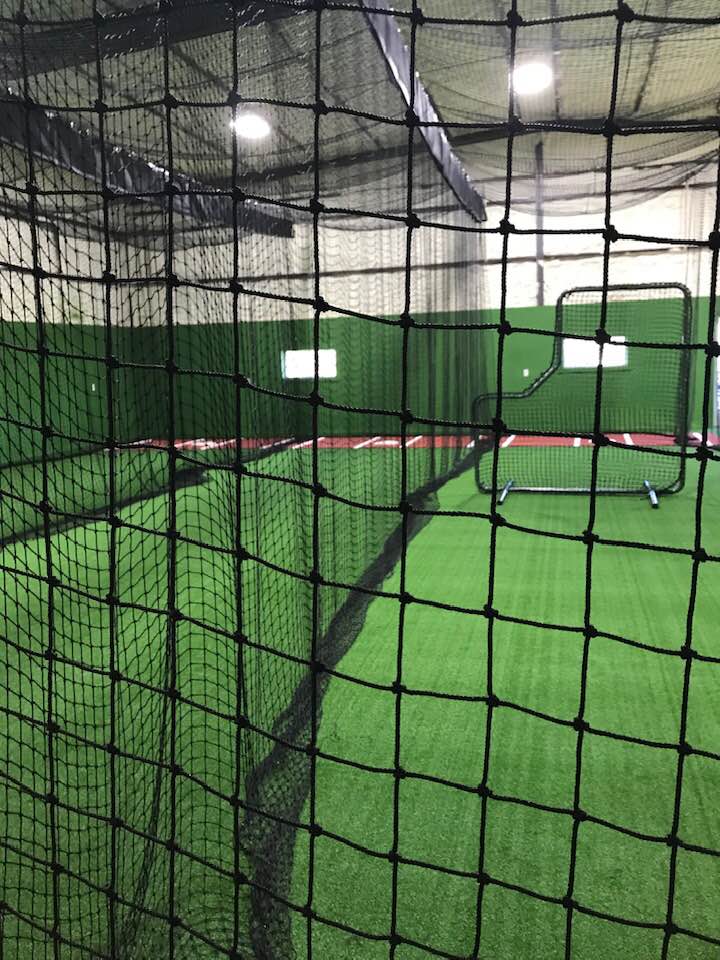 Since opening, 4:13 Training has been full every night Monday through Saturday. Asked if he has any advice for those thinking of installing a facility themselves, Stewart states, “It’s a challenge but it can be done and go with On Deck Sports because they will stay with you and help you through it.” With opportunities to expand, Stewart’s wants to create a full turf infield with the help of On Deck Sports.

Thinking about building an indoor facility? Talk to us: https://www.ondecksports.com/facility-request 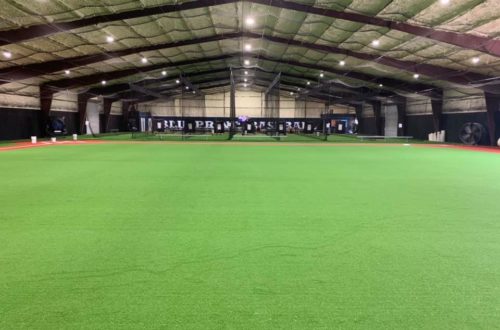 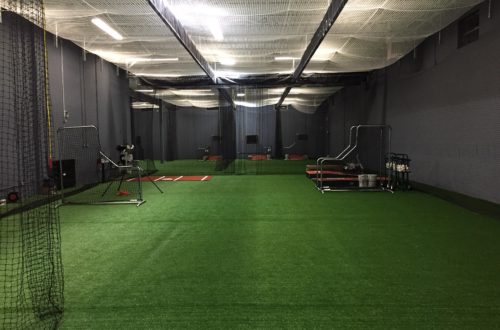